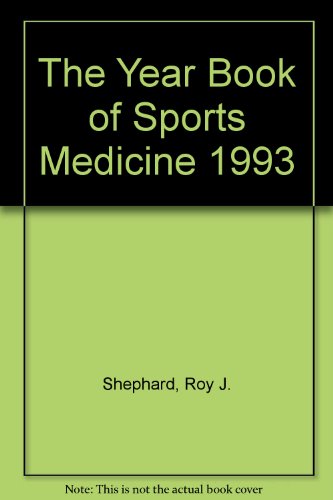 The Year Book of Sports Medicine 1993

The Law of the Sea in the Asian Pacific Region: Developments and Prospects

The volume surveys and discusses the range of current issues arising in the law of the sea from an Asian-Pacific perspective. 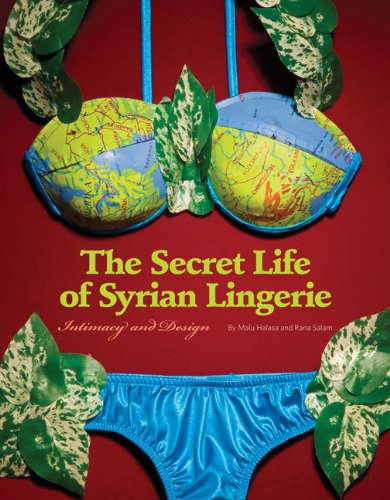 The most outrageous and exuberant lingerie in the world comes from a place you d probably never expect: Syria. Adorned with everything from faux fur, artificial flowers, and feathered birds to plastic toy cell phones, these intimates flash lights, play music, even vibrate. Well known across the Middle East in Syria the lingerie forms an important part of the folk tradition around trousseaus and weddings it is openly displayed in the markets and souks. Authors Malu Halasa and Rana Salam have brought together a diverse and dramatic collection of photography and writing, including the voices of Syrian women, celebrating this little-known niche of fashion design in all its playful glory. 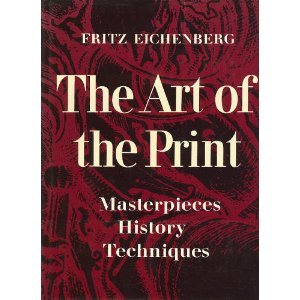 The Art of the Print: Masterpieces- History- Techniques 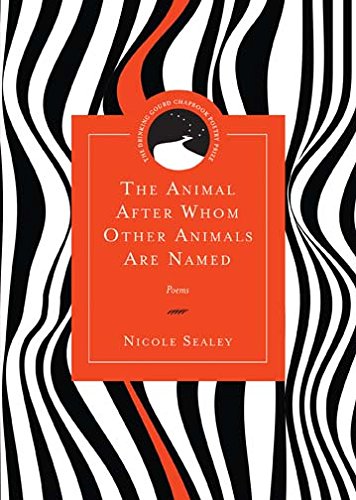 The Animal After Whom Other Animals Are Named

The Poetry and Poetics Colloquium, in conjunction with Northwestern University Press, is delighted to announce that Nicole Sealey is the winner of the fourth annual Drinking Gourd Chapbook Poetry Prize. The Animal After Whom Other Animals Are Named will be published by Northwestern University Press with a planned launch party at the Poetry Foundation in Chicago in January 2016.

At turns humorous and heartbreaking, The Animal After Whom Other Animals Are Named explores in both formal and free verse what it means to die, which is to say, also, what it means to live. In this collection, Sealey displays an exquisite sense of the lyric, as well as an acute political awareness. Never heavy-handed or dogmatic, the poems included in this slim volume excavate the shadows of both personal and collective memory and are, at all points, relentless. To quote the poet herself, here is a debut as luminous and unforgiving "as the unsparing light at tunnel's end." 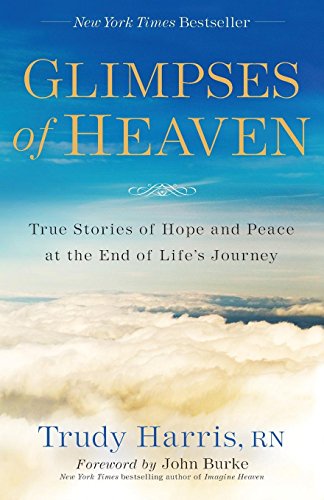 Drawn from her decades of experience as a hospice nurse, Trudy Harris shares stories that offer an incredible glimpse at what lies beyond this world--ethereal music, colors that did not exist on earth, angels, and loved ones who have gone on before. She has been with hundreds of patients as they took their last breaths and knows the kinds of questions that both the dying and their loved ones ask: What happens when we die? What should I say to a loved one who is dying? How can I make a dying friend feel safe? The stories she shares will bring the reader comfort and peace even amidst pain.
Tender, heartbreaking, and eye-opening, this expanded edition of the New York Times bestseller offers more incredible windows into the world beyond and life after death. 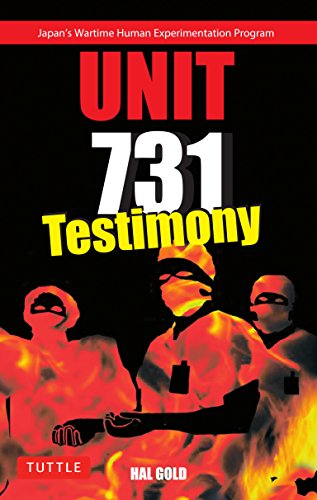 Unit 731 is a riveting and disturbing account of the medical atrocities performed in and around Japan during WWII.

Some of the cruelest deeds of Japan's war in Asia did not occur on the battlefield, but in quiet, antiseptic medical wards in obscure parts of the continent. Far from front lines and prying eyes, Japanese doctors and their assistants subjected human guinea pigs to gruesome medical experiments. In the first part of Unit 731: Testimony author Hal Gold draws upon a painstakingly accumulated reservoir of sources to construct a portrait of the Imperial Japanese Army's most notorious medical unit, giving an overview of its history and detailing its most shocking activities. The second half of the book consists almost entirely of the words of former unit members themselves, taken from remarks they made at a traveling Unit 731 exhibition held around Japan in 1994-95. These people recount their vivid firsthand memories of what it was like to cut open pregnant women as they lay awake on the vivisection table, inject plague germs into healthy farmers, and carry buckets of fresh blood and organs through corridors to their appropriate destinations. Unit 731: Testimony represents an essential addition to the growing body of literature on the still-unfolding story of one of the most infamous "military" outfits in modern history. By showing how the ethics of ordinary men and women, and even an entire profession, can be warped by the fire of war, this remarkable book offers a window on a time of human madness, in the hope that such days will never come again.Readmore … 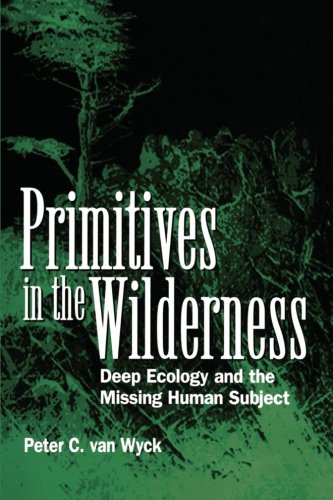 Primitives in the Wilderness: Deep Ecology and the Missing Human Subject

Brings the radical environmentalism known as deep ecology into an encounter with contemporary social and cultural theory, showing that deep ecology still has much to learn from such theory.

In Primitives in the Wilderness, Peter van Wyck brings the radical environmentalism known as deep ecology into an encounter with contemporary social and cultural theory. With an eye to critically exposing unexamined essentialist and foundational commitments, the author shows how deep ecology remains profoundly entangled with the very traditions of thought it has sought to overcome. The author critically assesses deep ecology's relations with the Enlightenment, modernity, systems theory, anthropocentrism, the figure of wilderness and the trope of the primitive, and the imagined promise of posthistoric primitivism. He demonstrates the manner in which deep ecology (and much of contemporary environmental thought) has remained blind to the lessons (and possibilities) of contemporary social and poststructural theory.

Drawing from an array of contemporary theoretical works (including Haraway's figure of the cyborg and situated knowledges, Deleuze's conception of an image of thought, Foucault's panopticon, Trinh on ethnographic authority, Lingis on the "Other," Torgovnick and Clastres's work on the primitive and power, and Vattimo's "weak thought"), van Wyck opens a clearing within which the ecological problematic and the question of the human subject may be rethought. 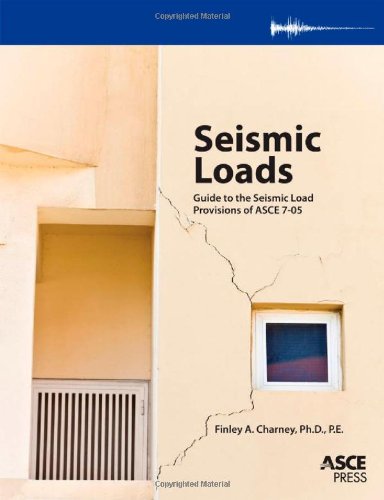 Seismic Loads: Guide to the Seismic Load Provisions of ASCE 7-05 provides authoritative explanations of the seismic provisions offered in Minimum Design Loads for Buildings and Other Structures href=http: //www.asce.org/Product.aspx?isbn=9780784408094 target=_blank>Minimum Design Loads for Buildings and Other Structures, Standard ASCE/SEI 7-05. With clear, concise language, Seismic Loads illustrates key concepts and guides structural engineers in applying the most current thinking in this rapidly changing discipline to the design of new structures. The book offers more than 20 detailed examples that analyze specific provisions of the standard and demonstrate the application of the provision in evaluating the seismic loading requirements for building structures. The examples guide structural engineers through the process of assessing conditions such as: identifying occupancy, importance, and seismic design categories, selecting a structural system, and analyzing the seismic requirements. Topics include building irregularities, structural analysis, system forces, and load factors, as well as drift and P-delta effects. Seismic Loads includes a frequently asked questions section and three appendixes with supplementary material. This book is an essential supplement to Standard ASCE/SEI 7-05 for all engineers, architects, and construction professionals who work on projects in seismically active locations. About the Author Finley A. Charney, Ph.D., P.E., is an associate professor of civil engineering at Virginia Polytechnic and State University and president of Advanced Structural Concepts in Blacksburg, Virginia. 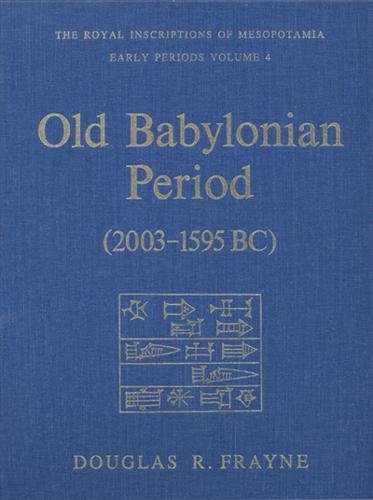 This volume covers the Isin-Larsa and Old Babylonian periods, a period marked initially by the struggle of two city-states, Isin and Larsa, for control over the land of Sumer in southern Babylonia. In the end the city-state of Babylon, under its energetic ruler Hammurabi, intervened. At an opportune moment, Hammurabi struck swiftly, defeated Larsa, and incorporated the southern domains into his own realms, thereby creating an empire that for a short time united the lands of Sumer and Akkad.

The inscriptions in this volume are grouped by dynasties and arranged in order by ruler within each dynasty. Further, the inscriptions are arranged chronologically within each king's reign. A short introduction for each inscription gives its general contents, place of origin, and relative dating. Also included are a detailed catalogue of exemplars, a brief commentary, bibliography, and text in transliteration facing an English translation. The appended microfiches contain a transliteration of each individual exemplar displayed in a format reminiscent of a musical score.